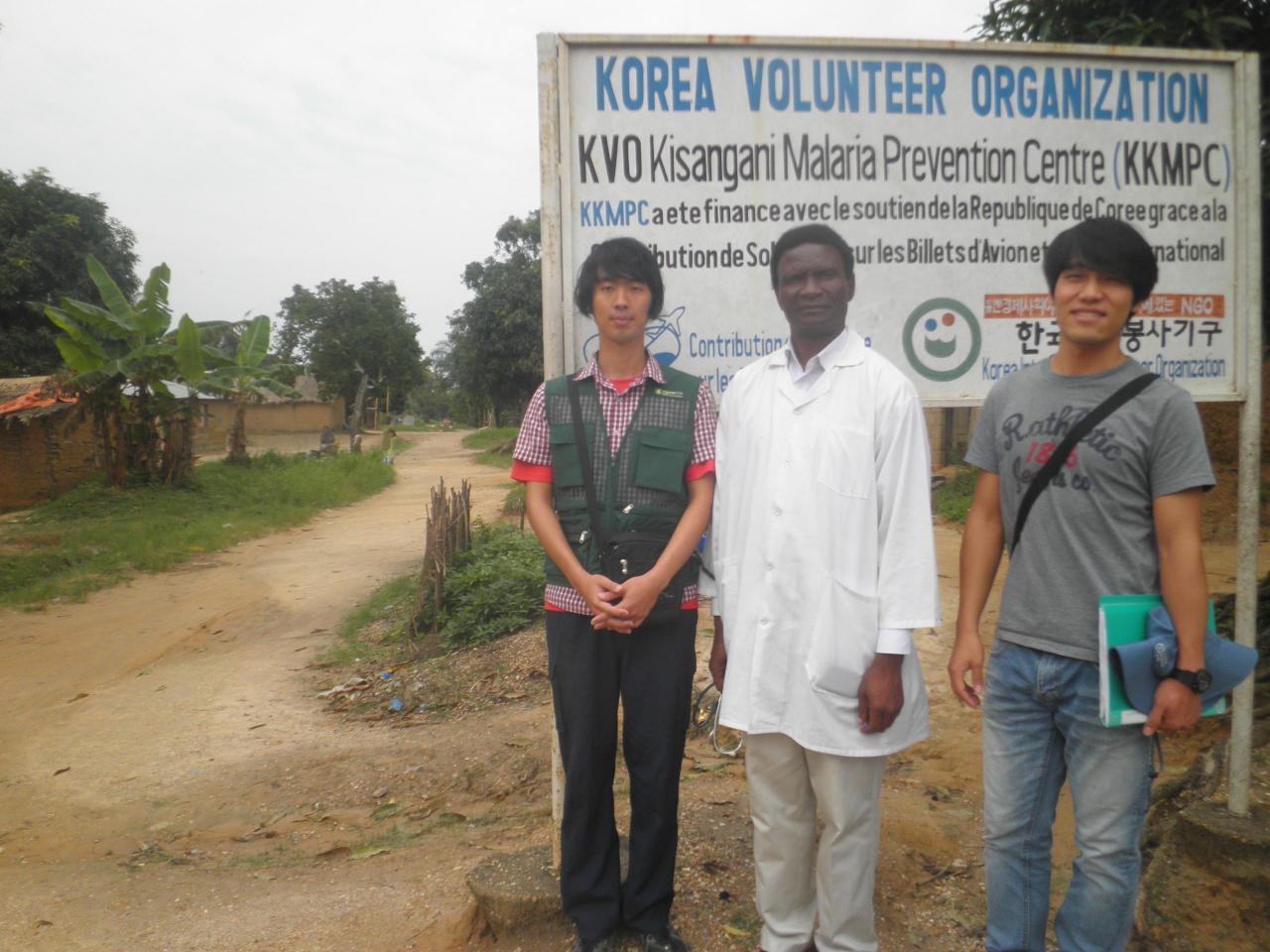 KVO clinic stands at one of the poorest quarters of Mangobo, in Kisangani suburb. Dr Abissa welcomes journal Karibu Reporter in his surgery to talk about KVO aid brought to over 40 000 children aged between 0 and 5 years. Abissa is at the same time the national coordinator of the organization and the head of the clinic. Originally, the contribution of solidarity set apart from each plane ticket by South Korean government is monthly deposited to the Exchequer. Some non-profit organizations (KVO and others) are given this money by KOICA to support a great deal of programmes in the world.

Journal Karibu: What is KVO clinic?

Dr JA: It is the humanitarian support from South Korea wanted by the Democratic Republic of the Congo president Joseph Kabila to face poverty and malaria. Institutionalized in 1988, Korea Volunteer Organization has been in Africa for 25 years bringing   2 000 000$ (it can vary) per year to support Kenya, Ethiopia, Ghana, Sudan and DRC governments, great part of which is destined to DRC. Since August 2010 the aid is especially used to prevent and to nurse children and pregnant wives of Kisangani, the chief town of Province Orientale in Northeastern DRC. We intend to nurse also pregnant wives when the clinic which is being built will be completed within a month.

JK: How do you manage to lead such a big programme?

Dr JA: Here is what we do. We proceed first of all by preventing malaria. So, as a shield against children' malaria mosquito nets strengthened with insecticide have been recently dealt to 10 000 families. Then, the whole of taking advice, laboratory exam, medicaments and nursing is free of charge in our clinic while after the example of other hospitals a poor family might have payed out with difficulty between 15 and 20$ per child. Poor families have been exempted from paying out more than 400 000$. During 30 minutes once a week, wives are advised to prevent and to quickly see a doctor in case a child is taken bad or feels bad. They are advised not to take convulsions as a demon show.

JK: Does the clinic deal with any other diseases?

Dr JA: Yes we do. We also deal with malnutrition, diarrhea, and skin infection like it is done in a genuine pediatric hospital. I am experienced in nursing kids.

JK: What about KVO activities in other suburbs?

Dr JA: The programme aims at covering three suburbs. We have begun first of all with Mangobo. Kisangani and Makiso suburbs have to wait until the building clinic is completed. Now, there is no elbow-room enough to contain several people. However we never refuse them who come. We are to nurse them as far as possible.

JK: What did you do to gather people?

Dr JA: We have been sensitizing through Rtnc, the public station and the Catholic radiotv Rta. Churches and schools have welcome us especially to talk to school's boys and girls from Bobokoli, Kishiba, Methodist's and women from DTM (French for God is All for Me).

JK: Have you ever been brought to a joint action with existing programmes?

Dr JA: We are negotiating to raise the sector with the national programme against malaria (PNLP). We plan to deal 10 000 mosquito nets with KOICA support, an International South Korea Agency. We also plan to support Pronanut (national programme of nutrition) to face infant malnutrition.

JK: What different is KVO from similar programmes that already exist?

Are there any services or people that have made KVO action possible?

Dr JA: Help from local Civil service is satisfactory. Security is good thanks to Police, Army, Immigration Service (DGM), the Mayor of Mangobo and all the Health Services. For instance, the local Civil services allowed KVO to deal mosquito nets. KVO activities are also in Mangobo inhabitants' good books, of which young people are reputed to be aggressive.

Dr JA: I don't think so. Since no sooner children nursed than cured, pastors and fetish men are losing mothers' confidence. Very little at the beginning, children number is getting grow. KVO action is certainly defeating superstition in a way motivated by poverty. Yes, even if mothers never confess, poverty might have justified witchcraft.

JK: That is easily understood. You are surely a big crew to do it?

Dr JA: Not at all. We are still ten or so, the international staff standing in Seoul. The board coordination here includes Hui-Cheol Sin and Myoung-Gil Choi, Assistant Programme from South Korea, and me, the national coordinator from DRC.

Dr JA: First, in addition of pregnant wives, KVO steers for 50 000 children to be nursed at the end of 2013. Then, South Korea may go on giving humanitarian support to the Democratic Republic of Congo. At last, the clinic in process of construction may be assigned in good faith to either Congolese government or a credible private organization.

JK: DRC-South Korea, as one might say an unbelievable cooperation from the far end of the world!

Dr JA: But thanks to Sister Choi from South Korean Catholic Church. On her request as director of KOICA Africa, His Eminence Archbishop Marcel Utembi from the Diocese of Kisangani gave my name. I have been chosen for my experience in pediatric nursing acquired at the time I worked with well-known pediatricians as Doctors Nestor Ngonda and Alworonga. What adds a value to my dermatologist speciality. (Korea International Cooperation Agency (KOICA) - 한국국제협력단